Moriah is an active artist and prolific painter whose creative career spans nearly five decades. His most recent accomplishment is a monumental project to illuminate the complete Pentateuch, a work of nearly fifteen years.

For this unparalleled artistic undertaking, Moriah created hundreds of original illustrations that provide a singular visual interpretation of the ancient texts. Hand-painted in gouache with gold-leaf alongside the Hebrew text in artisan calligraphy, these volumes are an unrivalled work of art and a profound tribute of the highest accord to the ancient tradition and text.

In 2021, Moriah earned a Guinness World Record for another magnificent creation- his illuminated Scroll of Esther, officially the longest in existence at 28 meters long. The scroll was completed in 2020, and took 15 years and more than a million brushstrokes to create.

Moriah has also created an original illuminated Passover Haggadah, and a series of smaller illuminated Scrolls of Esther privately commissioned as limited editions. Additional projects on Jewish themes include, among others, a full series of the 52 weekly portions and a series of 12 Jewish holidays.

Prior to turning his brush and focus to illuminating Hebrew scripture, Moriah created murals depicting biblical scenes, painted a range of series on Jewish and Israeli themes and history, and captured the landscapes of his native Jerusalem and Israel in a series of on-site paintings.

Moriah’s works, which reflect his roots in Western art as well as the atmosphere and inspiration of the Middle East, can be found in the collections of major museums and libraries throughout the world, as well as private collections.

Over the years, Avner Moriah has been commissioned by institutes and individuals to create artwork. If you are interested in a special commission, please be in touch. Send us an email to avnermoriah@gmail.com

Among the institutes housing Moriah’s works are: 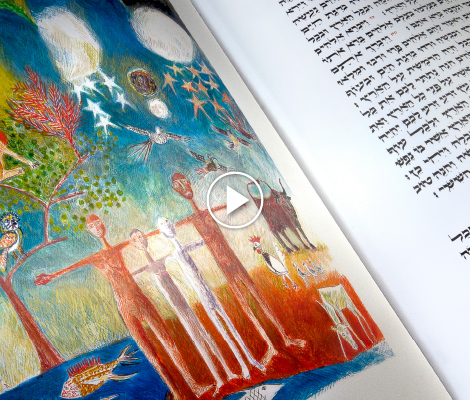 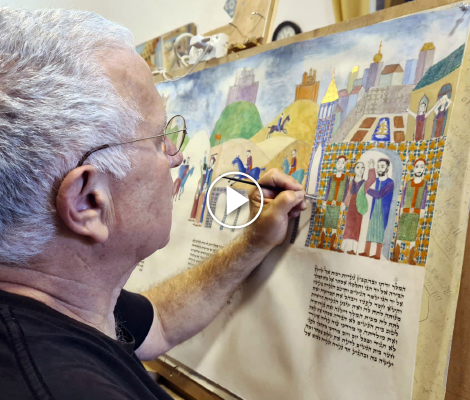 From Har Adar
to the Guinness Books of Records 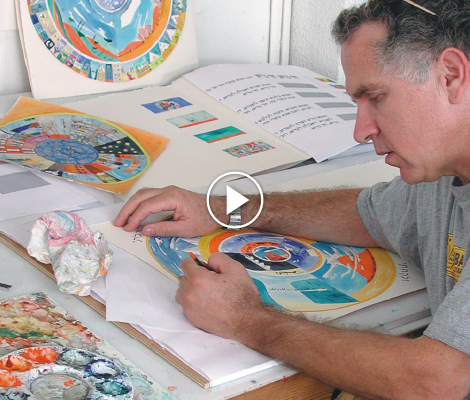 From Text to Image
Illumination as Visual Commentary 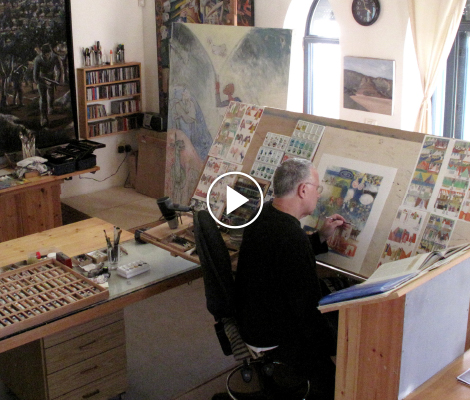 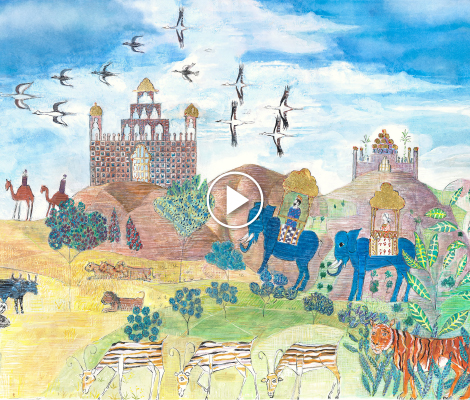 Interview with Avner Moriah
the making of Purim Art 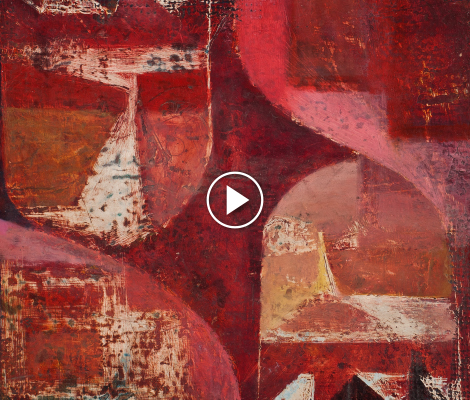 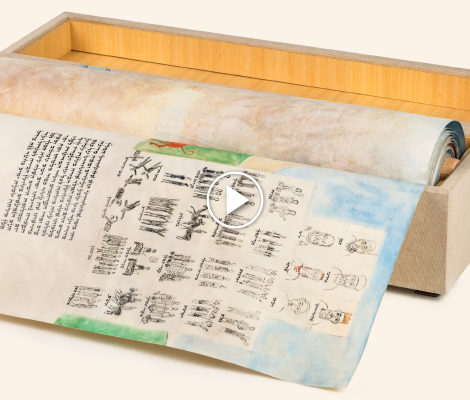 The Longest Megillah
in the World 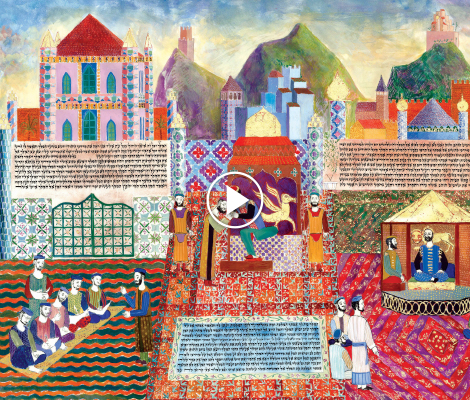 The Scroll
of Esther

Among the institutes housing Avner Moriah’s work are: