I was always enchanted with the landscape in my native Israel that embodied past and present. My youth was spent roaming the Judean hills: exploring, observing, and finally, painting.

The multiple dualities struck me– East and West, new and old, desert and green. Above all, I was fascinated by the enchanting light over Jerusalem. Dust of mineral particles from the Sahara and the Arabian Peninsula colored the daytime sun rays a yellowish hue. The city slept and rose to spectacular pink and red skies.

I grew up on a double boundary. The manmade armistice line dividing Jerusalem, and the Judean mountains watershed, dictated by nature. To the East, I saw the sprawling Judean desert and the Mountains of Moab across the empty expanse. To the West were the rooftops and houses of Jerusalem. A young urbanity flourished in the ancient city; new houses and wildflowers dotted the landscape.

The connection to the land and light would send me on a lifelong expedition of painting this landscape. This is the anchor grounding my art, and to which I always return for inspiration.

I was born in Jerusalem in 1953 to a father and grandfather who fled the turmoil in Europe amid two world wars.

These could be mistaken for dry biographical facts. But actually, they shaped my life.

Jerusalem then was an ancient city in the young Jewish State, which had just gained its independence after 2,000 years of exile, and the devastating Holocaust.

Israel was charged with a spirit that was magical. Energy filled the air, the start of something new.

For millennia, the Land of Israel was an abstract collective memory that lived on through ancient texts.

Now, it was a reality. Nearly everyone was an immigrant, and all were fascinated with the land itself that contained their roots.

For many, this connection with the land took the form of discovery and exploration outdoors.
I too was enchanted with the landscape that embodied past and present, and spent the years of my youth roaming the Judean hills: exploring, observing, and finally, painting.

Already then, I was struck by multiple dualities: between East and West, new and old, desert and green. Above all, I was fascinated by the enchanting light over Jerusalem. Dust of mineral particles from the Sahara and the Arabian Peninsula colored the daytime sun rays a yellowish hue. The city slept and rose to spectacular pink and red skies.

I began experimenting. My home, with its patterned floors of earth-colored tiles, was the perfect place to start.

The hilltop neighborhood where I lived was on the ancient trail connecting Jerusalem with
Bethlehem and Hebron. From my house I could see the bare slopes of Mount Zion, the border of the no-man’s land between Israel and Jordan. The Old City was within view but would remain out of reach until 1967.

I grew up on a double boundary. The armistice line that divided Jerusalem was manmade. The other, the watershed line of the Judean mountains, was dictated by nature.

Looking East, I saw the sprawling Judean desert and the Mountains of Moab in the distance, across the empty desert expanse. To the West were the rooftops and houses of Jerusalem. A young urbanity flourished in the ancient city; new houses and wildflowers dotted the landscape.

The connection to the land and light would send me on a lifelong expedition of painting this landscape. This is the anchor grounding my art, and to which I always return for inspiration.

Throughout my undergraduate studies at the Bezalel Academy of Arts and Design, I sought to develop the tools to share my fascination, and convey the view from my eyes and how it differed from those who painted it before me. Oriental design and colors were the basic elements of my surroundings, and I would make these a part of my own artistic language.

I experimented painting through Jerusalem — from the green hills to the desert on which the city is perched. My imagination conjured up the biblical prophets and early Christians. They too would venture into the wilderness just outside Jerusalem for solitude and reflection, and return to the city inspired.

These images remained imprinted in my memory while studying for my Masters in Fine Arts at
Yale University. There, I would encounter for the first time, monumental world art housed in major museums, and also contemporary art. These would both expand my horizons beyond the Judean hills, yet I missed them. That is where I was at home.

My years abroad were a learning process. While I was there, I painted several series on Israeli and Jewish historical themes. This was different from standing in the landscape and painting it. These themes demanded both research and imagination to develop the motifs, and required precision in selecting the right amount of detail. Although the creative process is different, this is the key to my landscapes as well: distilling the elements to the bare minimum of information needed to convey the scene.

As I was getting ready to return to Israel, I grappled with uncertainty about my career as a young artist. A chance visit to a retrospective of British painter David Bomberg filled me with inspiration and hope. He painted my childhood landscapes as a traveler after World War I. I recognized the exact location from which he painted, the very rock on which he stood his easel. I too had painted there.

After a decade in New Haven, I packed my family, my art education and my paints, and brought us back home to Jerusalem. I returned as a working artist, my pallet enriched with the colors, thoughts and tools I had acquired. Although I had visited Israel a few times to paint my beloved landscape, it wasn’t until my final return that I put it all together and found my true voice.

I would spend the coming years outdoors, painting on location in all seasons, sometimes for weeks at a time. The landscape wasn’t always welcoming, declaring its independence with scorching sun and gusting winds. I traveled in my pick-up truck that carried everything I needed, including a giant umbrella to provide shade for my canvas, paints and myself, and a table for my large pallet. I propped up my easel with rocks collected at the site, reigning in the landscape itself to keep my paintings from flying off in the wind. I usually painted very early or late in the day, to gain deeper colors and dimension. The mid-day light is too bright and flat.

But unlike the early Holy Land painters, I was not a foreign traveler. As a member of the first
generation of Israeli-born artists, mine was a native eye.

I painted both sides of my home — the Judean desert on one side, the Judean hills on the other.

I was struck by the relation between man and land, and how they shaped each other throughout the millennia. The watershed line is not marked on maps but leaves its tangible mark on everything: colors, climate, human history, modern society and economy.

The Judean desert and Jordan Valley are part of the Great Rift, the ancient gateway through which mankind spread from Africa to Europe. Humanity had passed where the landscape permitted and settled sparsely where it was hospitable, leaving marks along the way.

By contrast, rainfall shaped the Judean hills into a Mediterranean landscape. The more favorable climate and resources invited human beings to cluster and settle around fertile soil and water sources.

For millennia, they sculpted the landscape with farming terraces, olive trees and grapevines, creating a giant environmental sculpture. Bridging these two is the city of Jerusalem, its own force of nature, and of human nature.

Positioned in the landscape with my paints, I found myself negotiating between the two forces, reconciling them into one canvas.

Landscape is a sum of elements. It is with this in mind that I include in this theme paintings of buildings and their facades, the interior of dwellings and the view from within, and other components that shape our landscape and skyline.

I have been painting this landscape for forty-five years. Many of these insights did not come overnight or in real time; rather, they have grown of tens of thousands of hours observing and painting on location. The landscape itself has changed over the years but one thing remains constant: the light.

My grandfather fled the communist revolution in the early 20th century. He became a carpenter in Palestine, and built the early buildings of what would become the Weizmann Institute of Science. My father fled the Nazi regime as a teenager. By the time he completed his disrupted education, he was in his 40s. Finally, with a PhD in Islamic Mysticism, he founded the Museum for Islamic Art in Jerusalem.

Both refugees tenaciously overcame hardships and built meaningful and creative lives in the Land of Israel. From one, I received intellectual curiosity; from the other, artistic creativity. From both I learned never to fear hard work. I embrace these in my art. 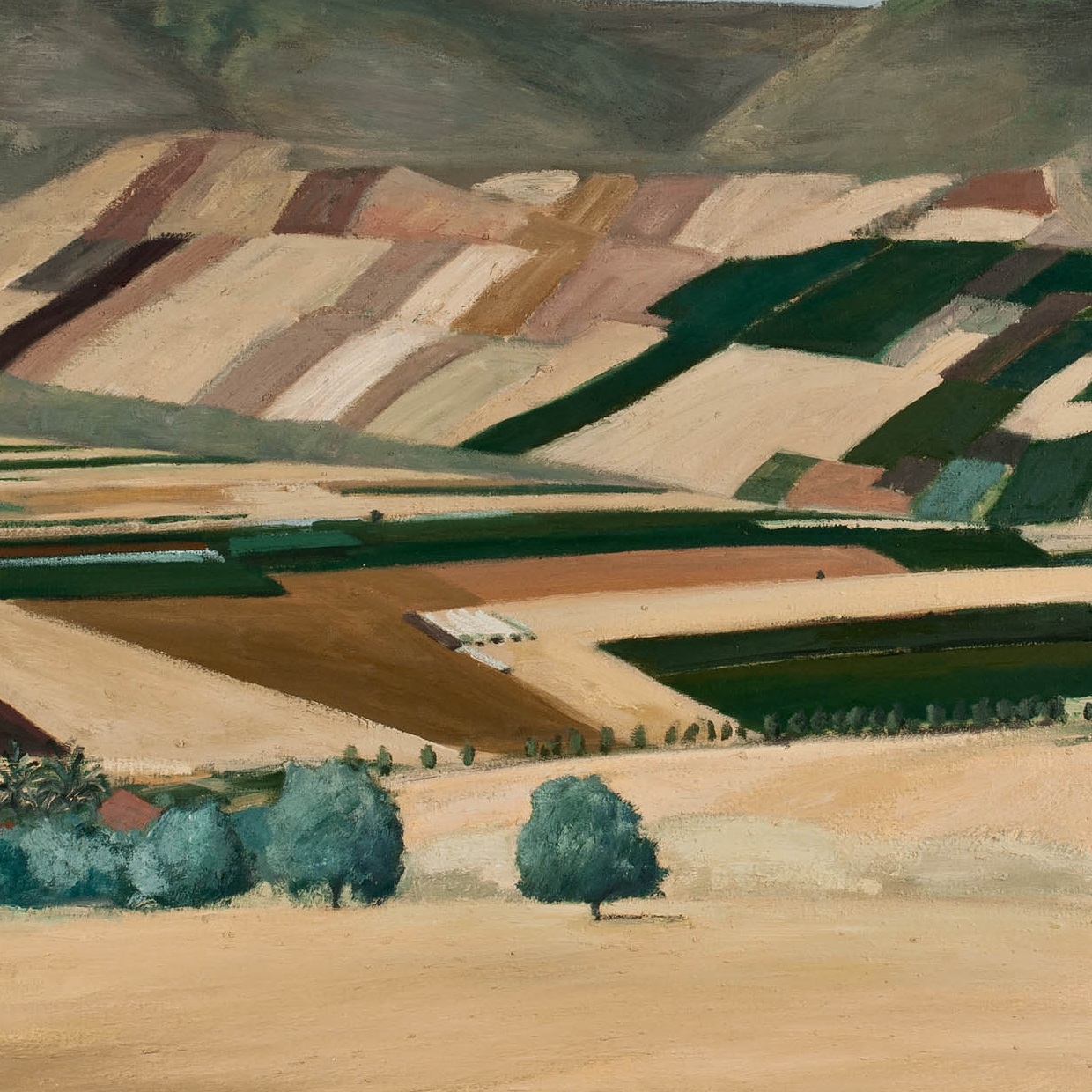 I was always enchanted with the landscape in my native Israel that embodied past and present. My youth was spent roaming the Judean hills: exploring, observing, and finally, painting. The multiple dualities struck me– East and West, new and old, desert and green 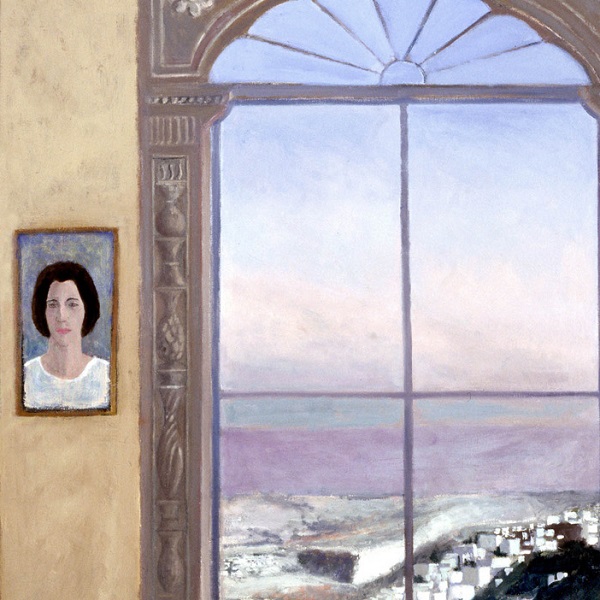 In this series, I combined the outdoors and indoors. I painted the authentic Jerusalem landscape as it would be seen through windows, capturing the implicit relationship between people, homes and nature. I painted the scenery on location. Back in the studio, I then created the interior detail 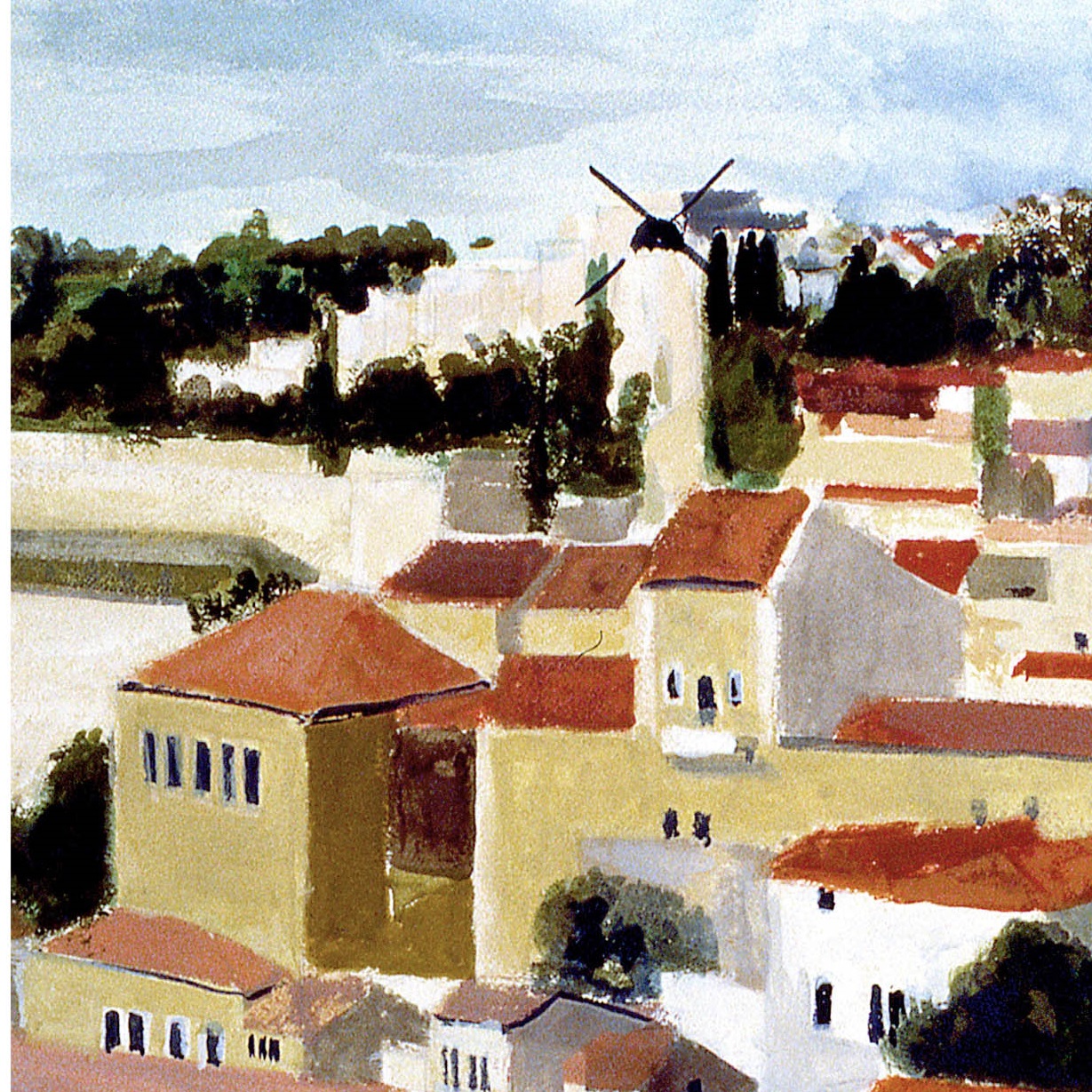 The landscape is made up not only of the contours of nature but also of the people living in it. As an artist grounded in the landscape, I sought to document the homes and buildings that create the skyline, mostly in and around Jerusalem. I documented the landscape as it was 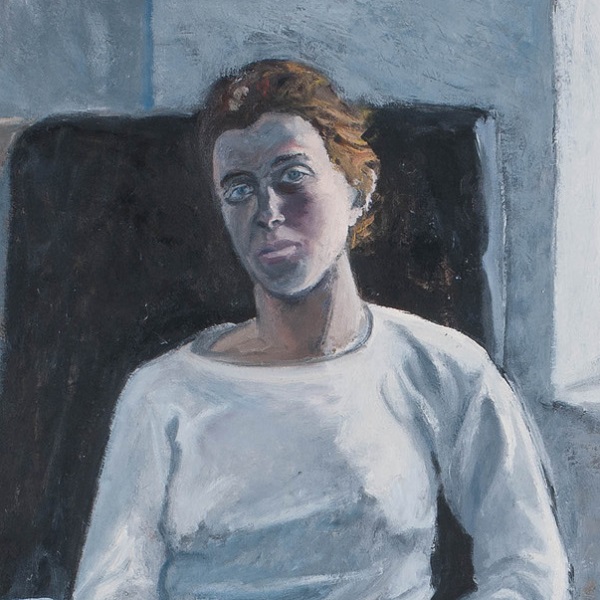 This series experimented with model painting to combine both landscape and life, location and studio. I painted live models in the studio and depicted the actual studio windows giving on to genuine landscapes that I had painted on location elsewhere. The windows form the link between the real physical 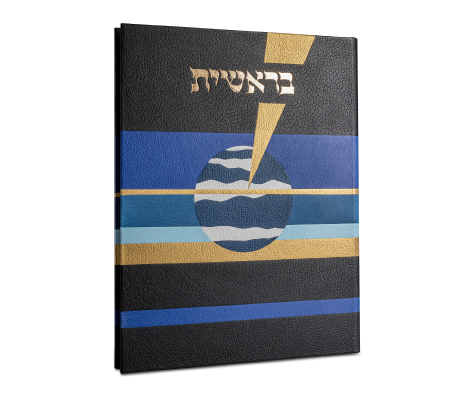 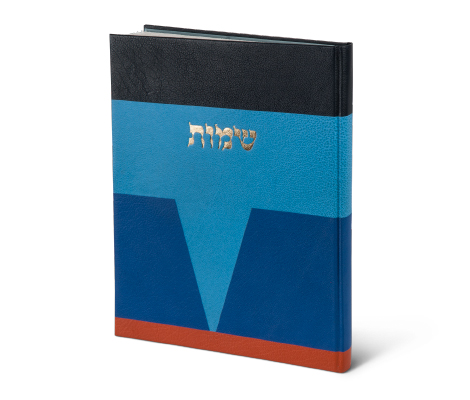 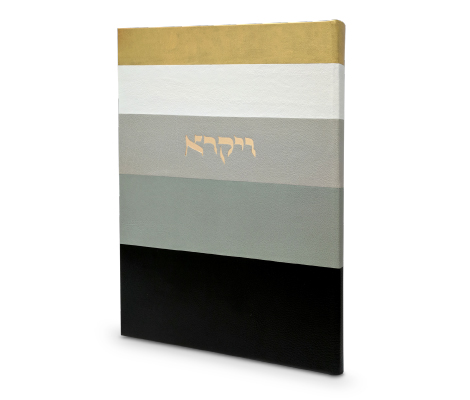 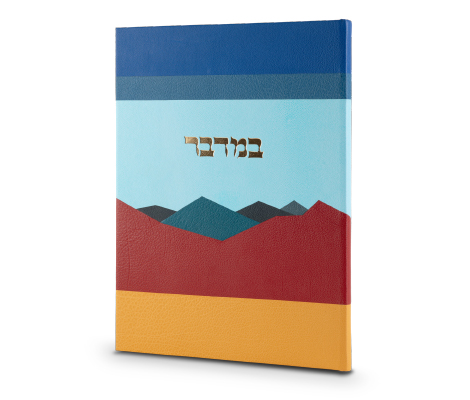 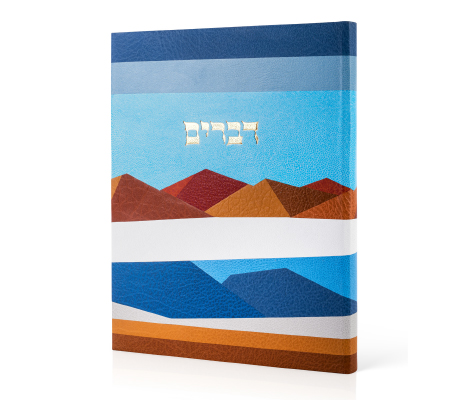 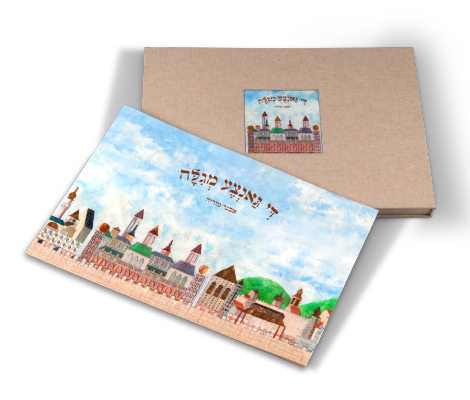 The Scroll of Esther 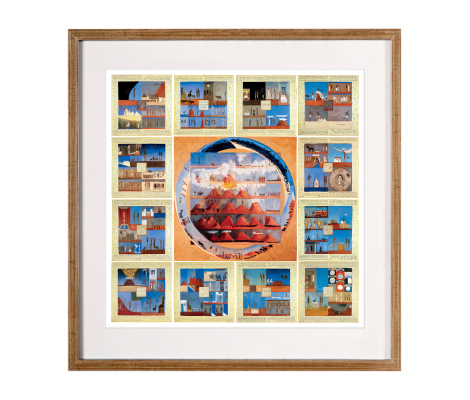 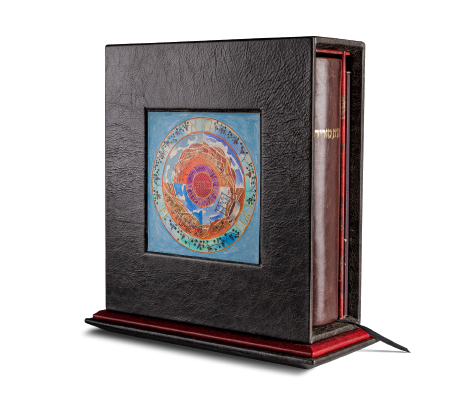 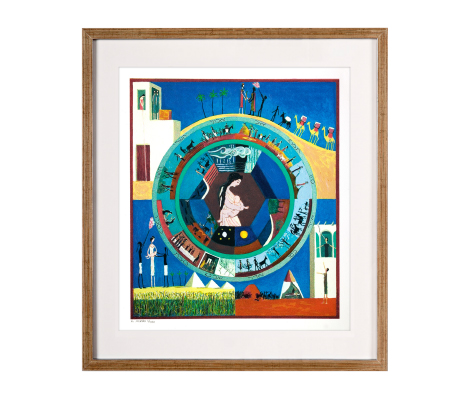